INTERVIEW BY OUR SPECIALCORRESPONDENT IN SOUTH AFRICA, SONIA

ROLLEY: SINCE WHEN PRESIDENT KAGAME DO YOU KNOW?

Patrick Karegeya: "We know where the missiles were Patrick Kegeya when he still wore the

fled the country in 2007 and now lives in exile in South Africa. As General Faustin Kayumba

Nyamwasa, he accused Kagame of being responsible for the attack in April 1994 killed

Juvenal Kabyarimana. Both are willing to meet the French judge in charge of the

investigation, Marc Trévidic. It is very long. We were at school together. There should be two

classes above me. So it's been over thirty years. And you worked together in the Ugandan

army. Yes, we worked in the same department, the military intelligence. When did you decide

to take up arms? I think it all started in 1987. Fred Rwigyema was still alive and there were

other officers older than us. They organized meetings, decided who among the officers should

attend. So yes, we participate in meetings, and then we returned to the field to see what was

happening. And we made them our report.

When President Kagame did take control of operations? And why him?

Why him? Because all those above him are dead. So it's rightful order. When it started, it was

not there. But when he came back, Fred is dead and the other too, so it was he who took

command because he was top of the list. We all thought it was desirableto take the lead in

and that's what he did.

So there was no dispute at the time?

No, no. It would be difficult for the military to challenge such a decision, it's not like politics.

And do not forget that we were at war; there was no place for political or democratic

considerations. And it's not as if he took the lead. There was the RPF and the Rwandan

Patriotic Army. He took control of the APR and the rest later. But that it happened gradually,

over the years, during the rebellion. Then they took power. And it was not until 1998 that he

took the head of the RPF. He managed to get rid of everyone and even his boss at the time,

Bizimungu, who was president. And we must all plead guilty because it happened before our

eyes. But as there was a war, no one had the courage to say anything or to convene a meeting

for that. So almost all civilianswere ejected from the movement.It became a military

institution that has retained the RPF name.

But we always felt that he was in charge of everything; even at the time was President Pasteur

Bizimungu. Is that all that was not decorum?

No, not exactly. He was the head of the army and everything depended on the army.

Obviously, all those who came with a politicalproblem, they were charged with first

jeopardize the war effort, and not to be sufficiently patriotic. And very few people finally had

the courage to say "there is military action, and there is politics." So it really took control of

everything and no one dares to say anythingor even dares to contradict what he said. He

became the strong man as they say.

Why do not you challenge these decisions? Is that you did not consider that it was best to do

Best or not, it was already in place. So we would just try to fix things, to convince them not to

do some of the terrible things he had in mind. That's why we did some collateral damage. We

tried to tell him it was not good, it was not the right way to do things. But because he had all

the power, he began to see all the reviews or even just suggestions as a challenge to personal

cause. It became obvious that at one time, there was no difference between him and the state.

As you say in France: "The state is me." And now that he has all the powers, it behaves as an

absolute monarch. And no one can challenge its decisions.

Habyarimana. Do you have any evidence of his involvement?

If we did not, we would not say that. Obviously, we do. We do not speculate. We are not like

those who try to investigate, who say that the missile had Kanombe (note: FAR military camp,

the Rwandan army at the time). We know where the missiles were fired, which was sent, who

fired. We do not speculate. We're talking about something that we know.

But why do not you go public? Why keep it to yourself?

We do not keep to ourselves. There was no investigation worthy of the name. We do not want

to deliver all the media. Rememberthat all this will have consequences for people. People

who have lost their lives had a family, friends. If I tell you, of course, you publish and it will

not help the victims. So we always said it was to be part of a criminal investigation, we can

say in that context that we know.

The judge Trévidic you were never contacted?

No, the judges never came to us. If they do, we tell you what we know. But you can not force

their hand. If they want to hear us, they will come. And do not forget that these are French and

that victims are Rwandan. So we also think it would be better if Rwandans also did the work

... But that, of course, it can only be done after the departure of Kagame. We do not expect

there to be a Rwandan judicial inquiry at the moment. The French have taken the liberty to do

so, but none of them came to see us.

Are you involved in this attack?

No, but that does not mean I do not know what happened.

And you do not occupy a position that allowed you to prevent this attack?

No, I do would not be opposed to it. He decided. And I could never say do not do it. He was

sure of his decision. But know that, yes, we know.

But why take this plane down?

He believes that all opponents must die ... And at that time, because it was Habyarimana was a

way to take power. Habyarimana had signed a power-sharing agreement, even if trying to save

time; it was not a reason to kill him. We must follow the processand make sure it goes

through. Many people said he was trying to save time; I'm not trying to defend him. But even

if he made mistakes, he did not deserve to die.

You were head of foreign intelligence for ten years and, in 2004, you were relievedof your

duties. Can you explain why?

country in terms of governance, human rights, also about the situation in Congo ... It lasted

long enough. At one point, I realized that was not going anywhere. I asked him to let me make

my life, he refused. Three years later, he ended up throwing me in jail. Not once, but twice. So

it came to political disagreements, nothing personal.

Nothing personal? But you were friends...

Of course we were friends, but I was part of the government. I was not there to praise. As

intelligence chief, I think what I could do best was to tell him the truth, that truth is bitter or

not. But the fact that it cannot accept it and he retainsagainst me, I think that what is

What horrible truths you tell him, for example?

The usual, I told her what we were doing was not right in terms of justice,democracy,

freedom of the press. There was the second Congo war. We talked about it all and we never

fell agree. But because it did not take place in public, no one realized that there was a kind of

cold war between him and me.

So there have been years of strife within the RPF?

Yes, but that was going on between the military. Civilians knew nothing. And it was not just

me. Others also were upset. Some have paid the price. Others decided to remain silent forever.

It is a matter of choice.If you speak publicly, they hung up high and short. Some are dead,

others were imprisoned, others as we met in exile. And it will continue as long as it remains

You say you are opposed to the second Congo war. So you were favorable to the first?

Yes, definitely. There were perfectly legitimate reasons to carry it out. Because of what is

happening on the other side of the border,in camps, reorganization (note: the ex-FAR,

Interahamwe), or we solve the problem,or they would take care of us. This one was

legitimate. Mobutu supported. Regarding the second war, it was enough for us to speak, we do

not necessarily needed to fight. And as you can see, we did not get any results. We're still at

Congo. It does not help Rwanda. It brings only suffering in the region.

Bosco Ntaganda, who was a leader of the CNDP is before the International Criminal Court.

Do you testify in court?

Ido not know why I should. But if the court believes it can learn something from me, I will

cooperate with it. But I think that the ICC does not considerthe right person.It should

prosecute Kagame and not Ntaganda. Becauseit was he who chose to Rwanda and sent in

eastern Congo. So why deal with the symptoms and not the disease

So you are saying that Bosco Ntaganda is not Congolese and Rwandan?

Yes, of course he is Rwandan. He was in the Rwandan army, he was chosen envoy to Lubanga

and was stocked with weapons. So when it causes all these problems, the culprit, it should not

be Ntaganda, but Kagame.Ntaganda has just been deployed.So these events are the

responsibility of the commander.

What corps was he after? Where was it based?

It's not as if we had several. It was the Rwandan defenseforces. He was sergeant. Most of

those who led the rebellion came from Rwanda anyway. Ntagandais not a special case.

Nkunda, Ntaganda, they were trained in Rwanda, but do not fight it. That is why I say they do

not deal with good people. They were made, that's all

Bosco Ntaganda fled Rwanda and sought refuge at the embassy of the United States. Is what

it was with the help of the Rwandan government?

No, he wanted to save his skin. If he went to the Rwandan government, it would have been a

different story. I do not think they would have surrendered to the International Criminal Court.

Ihad already tested the prison twice. And I was held in solitary confinement. Twice in two

years. When I came out, I was broughtto the Department of Defense,I was assaulted by

officers, or some are in prison today, others have problems. Anyway, the important fact is that

they told me that Kagame would take care of me forever. It still worried about it some. They

told me that if I wanted to life, I had to leave. I had no reason to doubt. So I left. And in fact, it

was true. Is that it has tried to do here. That's why they shot my colleague(note: General

Faustin Kayumba Nyamwasa). I was lucky to get out without any scratch. 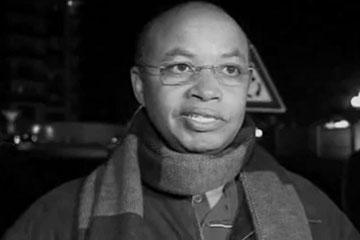